Bishop Hannington Church supports mission all over the world.
Through the charitable trust, the James Hannington Memorial Trust,
the church gives money and other resources to support gospel work in many different nations.
These are some of our current Mission Partners. 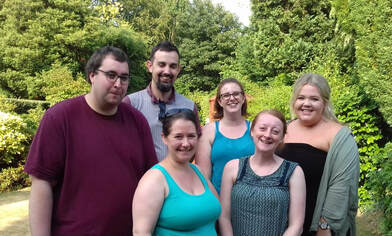 FESTIVE UK
Festive provides support for students and staff in Further Education Colleges and Sixth Forms. Our aim is to inspire and equip Christians in this field to live for Jesus and share Him with those around them. We are a small team dedicated to providing relevant, accessible and free resources and training and are currently in personal contact with over 380 students, staff and chaplains across England, Wales and Northern Ireland. We are committed to praying for and supporting these individuals during their time in FE and sixth form.
Click link below for who's who on the FESTIVE staff team. 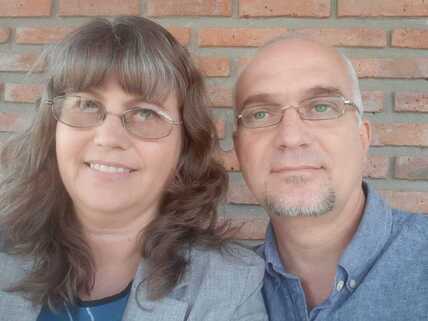 Graham & Debbie Frith
Latin Link, Boliva
Graham and Debbie work with students and young people through the El Alfarero projects in the cities of Sucre, Santa Cruz and La Paz, Bolivia. They provide the services of the cafe, free counselling, library, help for abused women and the Masters level training programme (El Aprendiz.)More recently, the Aprendiz programme has also been launched as a fully online option. 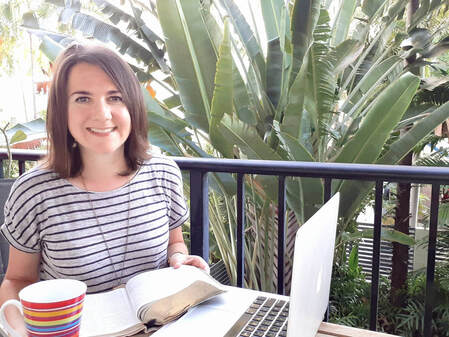 Susanna Baldwin
Serving with Wycliffe Bible Translators in Australia’s Northern Territory
Susanna joined Bishop Hannington (BH) as a young adult in 2004 and enjoyed a formative time in her Christian growth, before relocating to Sydney in 2009. It was at BH that Susanna first heard about the work of Wycliffe Bible Translators, though it would be several more years before she felt convicted that God was calling her to serve in this ministry.
Susanna works in Australia’s Northern Territory, supporting Bible translation among the many Indigenous language communities of the 'Top End'. Her main project is a new English translation of the Bible called the Plain English Version (PEV), which is written in the unique dialect of English spoken by multilingual Indigenous Australians. 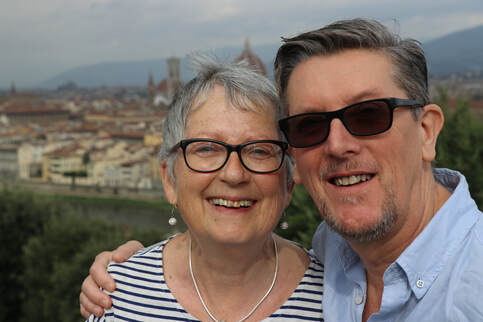 Martin & Fran Russell
Agape Italia, Italy
​Martin and Fran Russell began their Christian lives at Bishop Hannington. They worked with Agape UK in Birmingham from 1997 - 2012. They now live and work in Florence, Italy where they serve on the National Leadership team and have responsibility for the administration of the ministry and developing staff.
​ 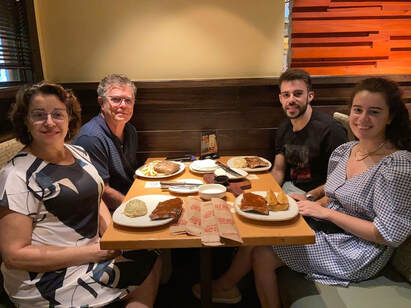 Nelson, Marcia, Camilla & Andre Salviano​
Escale, Brazil
​The ESCALE programme, meaning 'School for Equipping Christian Leaders', operates in remote regions of Brazil and takes theological training to those who most need it but can least afford it. It focuses on in situ training courses at weekends, with the aim of strengthening grassroots pastors to plant and grow healthy churches that will have an impact on the deprived communities they serve. Nelson and his team have built this significant work that has touched the lives of thousands of grassroots leaders and their churches among growing but impoverished communities. It has been encouraging to hear that many once untrained Pastors are now planting as pasturing churches in regions that there were none. 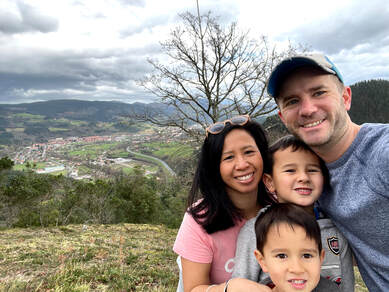 James & Carolynn Webb
European Christian Mission, Spain
​James came to Bishop Hannington in 1998 as a Uni student and then worked as one of the first ministry trainees. Reaching out to international students at the Global Cafe and also participating in short-term missions gave James a heart for cross-cultural mission.
While studying at Sydney Missionary & Bible College he met Carolynn and they now live, along with their 2 boys, in Basque Country, Spain, where they are planting a new church in Zalla. 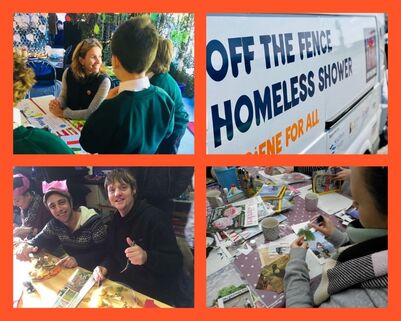 Off The Fence, Brighton & Hove
Resisting poverty. Empowering people. Restoring hope.
Off The Fence is a charity founded in 1997 with a vision to end poverty in all forms around Brighton & Hove.
Off The Fence work in 3 areas: Antifreeze providing emergency outreach to those living on the streets and emotional and practical assistance for exiting homelessness; support for women facing times of crisis at Gateway women’s centre and a Schools & Youth programme supporting pupils aged 5-18 in schools around the City.
Off The Fence offers people hope, a way forward and the opportunity to live a new, better and transformed life.
​